The term “Hui” was coined during imperial history of China to derogate faiths like Christianity, Judaism, and Islam. This segregation in society gave rise to suppression and forced assimilation of minorities in the larger Chinese society during its westward territorial expansion. This article explores the oppression faced by Uyghur Turks throughout the historical Qing dynasty and in the modern age of information technology and its impact on heterogeneity of Chinese society. The “Hui-phobia” was initiated in China in 1644 during the transitional period of Ming Dynasty and Manchus’ led Qing dynasty. The Manchus not only established their rule over China Proper (majority Han and Chinese speaking territories) but also China’s New Frontiers (Xinjiang). According to the author, historical evidence shows that Han scholarship criticized the role of Islam in daily life of Chinese Muslims and wrote several derogatory academic pieces. On the other hand, Manchus refused this “Hui-phobic” otherization by Hans. The Manchus under Qing dynasty tried to harmonize the Chinese society by virtue of tolerance and equal citizenship. But during the modern age after 1991, the independence of former Soviet States geopolitically threatened the Hans. This pressured the communist government of PRC to contain these emerging threats by taking all possible measures. This division became more vivid after the 9/11 attacks and subsequent invention and proliferation of social media. Now Chinese Hans are using Weibo and WeChat to propagate anti-Islam rhetoric for influencing the government to take swift action against the Uyghurs. The resistance movement in Xinjiang started in 2009 and since then there is a complete media censorship. Being manipulated by Han supremacists, the repression of the Uyghur Turks by the government will have severe consequences on the heterogeneity of Chinese society. 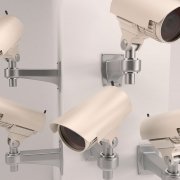 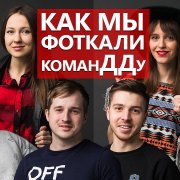