The article examines the outline of the Turkish foreign policy and the position of Africa in its foreign policy priorities. The author based his research on interviews in the Horn of Africa and the Gulf capitals along with material and quotations from Turkish officials, foreign policy experts, diplomats, and commentators in Turkey. The author argued that although Turkish foreign policy’s main interests is not in Africa, it is still significant in a broader strategic context regarding the geopolitics of the Middle East, the Red Sea, and the Western Indian Ocean. To formulate his argument, the author focused on three perspectives. First, it is “the zoom lens” shedding the light on the Turkish engagement in the Horn by elaborating on the Turkish activity in the Horn including Somalia, Sudan, and Ethiopia. Second, it is “the mid-range lens” examining the crisis between Turkey and the Gulf Countries. Accordingly, the Turkish interest was mainly economic and “Value-driven,” however, it is partially pushed by a Gulf competition caused by Saudi Arabia and UAE’s mistrust of Turkey, due to Turkey’s coalition  with Qatar. Third, the article follows a “wide-range lens” to propose a connection between Turkey’s foreign policy and its domestic politics. It referred to three dynamics in domestic politics reshaping Turkish foreign policy: the new presidential system, the economy, and the political situation. The author concluded that Turkey’s engagement with Africa should be understood in its geopolitical context without under or over-estimation since “Turkey is in search of itself”. 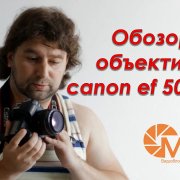